Scientists from the National University of Science and Technology MISIS (Russia) together with their colleagues from Lulea University of Technology (Sweden) and Friedrich Schiller University Jena (Germany) developed the world’s first thermoelectric material with ordered nanotubes. Due to the polymer nature, it is flexible, and the addition of nanotubes several times increases its electrical conductivity. In the future, this material can be used to charge mobile devices without an additional power source: one such bracelet or case would allow one to charge their watch or phone directly from the heat of the human body. An article about the development is published in Advanced Functional Materials.

An alternative to TE materials based on alloys

Thermoelectric (TE) materials are chemical compounds or metal alloys that are able to convert heat into electricity due to the difference in temperature at the junction of conductors to the plate. This effect was discovered in 1821 by German physicist Thomas Seebeck. For a long time, various alloys were used as materials for thermogenerators. However, they do not give a very high efficiency, only about 10%. In addition, for maximum efficiency, the plate should withstand heat of several hundred degrees.

In recent years, scientists have begun to look for an alternative to thermoelectrics based on alloys, and they found it in polymeric materials. Such materials are non-toxic, they work even at room temperature, and have low thermal conductivity (minimize the dispersion of the heat outside). In addition, polymers, unlike metal alloys, are very flexible: such a thermogenerator can be adjusted to almost any desired shape.

Scientists from the Department of Functional Nanosystems ans High-Temperature Materials (NUST MISIS) together with their colleagues from Lulea University of Technology (Sweden) and Friedrich Schiller University Jena (Germany) created the world-s first modification of a polymer with vertically aligned nanotubes. The researchers used one of the most promising polymers — polyethylenoxide (PEDOT). It has a high electrical conductivity, which can be further enhanced by chemical inclusions in the polymer matrix.

First, a vertically oriented “forest” of carbon nanotubes was grown on a semiconductor substrate, then these tubes were stretched horizontally. From above nanotubes were “filled” with polymer. In the process of growing nanotubes often form agglomerations, so, to neutralize them and enhance material’s properties, the material was subjected to post-treatment with dimethylsulfoxide and ethylene glycol.

After a full cycle of processing, the material power factor increased more than 4 times, to ~92 µw·mK^-2.

One of the researchers from NUST MISIS, Khabib Yusupov, comments, that with such characteristics of the material, products made of it will be able to convert even the heat of the human body (in contrast to room temperature) into useful electric energy. For example, a bracelet for a watch or a case for a mobile phone made of such a polymer, would be able to power the devices uninterruptedly, without an additional source of electricity. 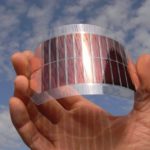 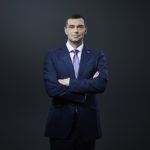 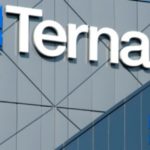 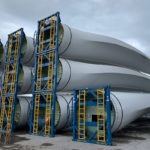 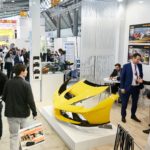