The first 3D-printed boat in the world took to the water on 10th October 2019 at the Advanced Structures and Composites Center of University of Maine. About 300 people witnessed the unveiling of the boat and the awarding of three Guinness World Records to the UMaine’s Center not only for the largest 3D-printed boat, but also for the world’s largest prototype polymer 3D printer and the largest solid 3D-printed object.

The boat, named 3Dirigo, is large 25-foot, and weighs 5,000-pound: with these characteristics, it is not only the largest 3D-printed object in the world. It was also made by the world’s largest 3D printer in a little more than 70 hours. Building a boat that size by conventional methods would ordinarily take weeks or months, but the new 3D printer sped up the process.

UMaine and Oak Ridge National Laboratory works together on the project

The University of Maine is now home to that printer, that came to UMaine through a partnership with the U.S. Department of Energy’s Oak Ridge National Laboratory in Oak Ridge, Tennessee, which was announced in May. The partnership combines Oak Ridge’s expertise in 3D printing with UMaine’s knowledge of composites to print objects made from sustainable materials. The printer was manufactured by Ingersoll Machine Tools and has the capacity to print objects 100 feet long, 22 feet wide and 10 feet tall, which makes it six times bigger than the second largest 3D printer in use. Finally, it and can print at 500 pounds per hour. Actually, UMaine is working with Oak Ridge National Laboratory to make 3D printing more useful in manufacturing. The one-of-a-kind printer will support several ambitious initiatives, including development of bio-based feedstocks using cellulose derived from wood resources, and rapid prototyping of civilian, defence and infrastructure applications. In the case of the 3D-printed boat, the printer took a combination of carbon fibers and plastic and printed the boat.

A $20 million research collaboration with Oak Ridge National Laboratory (ORNL), the U.S. Department of Energy’s largest science and energy laboratory, will support fundamental research in key technical areas in large-scale, bio-based additive manufacturing. The partnership between UMaine and ORNL will advance efforts to produce new bio-based materials conducive to 3D printing of large, structurally demanding systems. The research will focus on cellulose nanofiber (CNF) production, drying, functionalization and compounding with thermoplastics, building on UMaine’s leadership in CNF technology and extrusion research. By placing CNF from wood into thermoplastics, bio-derived recyclable material systems can be developed with properties that may rival traditional materials, possibly even metals. 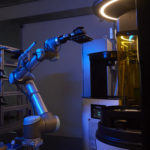 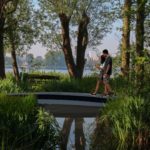 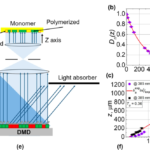 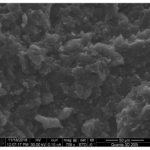