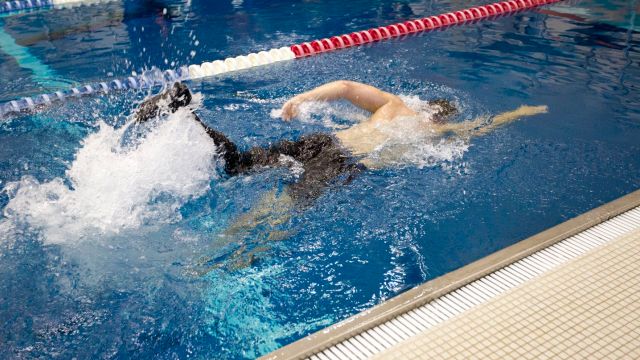 Dan Lasko swam an effortless freestyle, steadily gliding up and back Wednesday through a pool at the Nassau County Aquatic Center in East Meadow. When he finished, the Marine veteran popped his head out of the water and emerged from the pool revealing his new prosthetic leg — designed by researchers at Northwell Health and the first of its kind.

The prosthetic can be worn by amputees both in and out of the water and is the first “fully functional swim leg,” according to Matthew Flynn, an amputee himself and an employee at Hicksville-based Eschen Prosthetic and Orthotic Laboratories.

Northwell teamed up with Eschen and Plainview-based Composite Prototyping Center to produce the prosthetic, allowing Lasko, 33, of Bethlehem, Pennsylvania, to move through the water just as he had before losing his leg while serving in Afghanistan.

Thirteen years ago Wednesday, Lasko survived an IED attack about 60 miles north of Kandahar, he said. His left leg was later amputated from the knee down.

Competing in races and triathlons has played a “huge role” in Lasko’s recovery, he said. The veteran ran a 10-mile race just six months after his amputation. He has since competed in more than 30 triathlons, for which he uses two different prosthetic legs – one with a blade for running and another that has a cleat on the foot for biking.

Until now, Lasko didn’t use a prosthetic for the swimming length, relying almost solely on his upper body to propel himself through the water, he said.

About five months ago, Todd Goldstein, a researcher at Northwell, began designing a prosthetic that could be used by amputees both on land and in water.

“I was shocked to learn that there wasn’t already something out there like this,” Goldstein said as he held up a prototype.

Northwell partnered with Eschen, which provided the socket and foot of the prosthetic, and Composite Prototyping Center, which manufactured what the researchers call the “fin.”

The fin – a 3D-printed triangular attachment that fits onto the calf of the prosthetic – has holes in it so that water can pass through, cutting down on resistance. The leg is made of nylon and carbon fiber, making it waterproof and strong enough to support Lasko’s weight, Goldstein said. It was provided at no cost to Lasko.

“The fin device makes it so that I can propel myself through the water, and it feels like an actual leg,” Lasko said. “It feels great.”

In about six months, the prosthetic should be available to the public, according to Northwell spokeswoman Barbara Osborn.

It will cost between $2,000 and $5,000, depending on the level of customization requested, Osborn said. 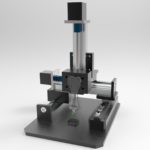 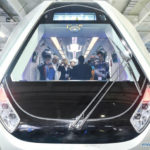 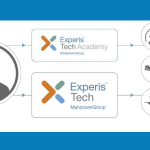 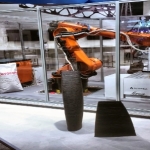 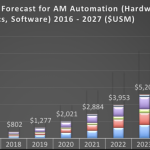