Researchers from Chalmers University of Technology in Gothenburg, Sweden, have created a structural battery that achieves ten times better performance than all previous versions. It is made of carbon fiber which at the same time plays the role of the electrode, conductor, and carrier material. The latest research paves the way for essentially no-mass energy storage in vehicles and other technologies.

An important step forward in scientific research of excellence towards increasingly green mobility. Born from the ideas and experiments of researchers of Chalmers University of Technology a new model of structural battery, a super battery of the future that today offers an efficiency of 10 times higher than the prototype tested so far.

Differences between traditional batteries and structural ones

The batteries of today’s electric cars make up much of the weight of vehicles ad they don’t perform any bearing function. Instead, a structural battery works both as a power source and as part of the structure, for example in the body of a car.

It is called “no mass” energy accumulation because the weight of the battery disappears when it becomes part of the load-bearing structure. Studies and calculations show that this type of multifunctional battery could significantly reduce the weight of an electric vehicle.

The development of structural batteries at Chalmers University of Technology has required years of research, including previous discoveries regarding certain types of carbon fiber. For example, they have studied carbon fibers that are rigid and durable and in addition they also have a good ability to chemically store electricity. This work was called by Physics World one of the ten greatest scientific discoveries of 2018.

A step forward in scientific research

The first attempt to build a structural battery was made in 2007, but so far it has proved difficult to produce batteries with good electrical and mechanical properties.

But now the research has taken a real step forward, with Chalmers scholars who, in collaboration with the KTH Royal Institute of Technology in Stockholm, have presented a structural battery with properties that far exceed anything seen so far, in terms of electrical energy storage, stiffness and strength. 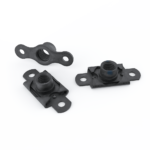 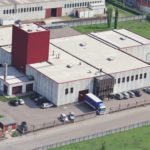 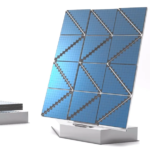 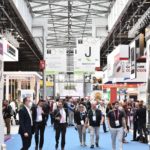 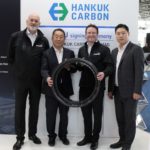