The research team believes that bioinspired manufacturing – copying the natural life cycle – could potentially aid in the shift to a more sustainable society. Most polymers used in FFF systems today are not biodegradable and cause significant environmental damage over time. A circular manufacturing system where materials are produced, manufactured into products, biodegraded, and reused could mitigate much of this environmental damage.

The SUTD scientists used black soldier flies to bioconvert organic urban food waste into chitin, as they “constitute the dominant technology for the bioconversion of organic waste”. The flies were fed fruit and vegetable remains, flour waste, brewery spent grains and okara, and were grown for two weeks through five instars. In the prepupal stage of growth, the flies were collected and their fats, proteins, and chitin were separated. Chitin is the main structural component of a fly’s cuticle, or its ‘outer shell’.

Once isolated, the chitin was characterized, cast into films of thickness 250 microns and subjected to a range of mechanical tests. The ultimate tensile strength (UTS) of the harvested chitin averaged 32.5 MPa and the Young’s modulus averaged 1.12 GPa. Since the UTS resembled that of commodity plastic (25-35 MPa), the researchers determined the harvested chitin to be suitable for producing strong composites and 3D parts.

Fungal-like adhesive material (FLAM), a chitosan-cellulose bio-composite, was produced from the flies’ chitin. With a relatively stiff Young’s modulus of 0.26 GPa, the composite showed characteristics similar to rigid polymer foams, metal foams, and softwood. The FLAM was then successfully used to 3D print natural-form objects using a custom FFF setup. The research team believes their work made steps towards developing a more sustainable circular manufacturing cycle, encompassing material synthesis from food waste, the processing of this material, and the fabrication of 3D objects which can be reused in the cycle due to their natural origins.

Details of the research can be found in the study titled ‘Circular manufacturing of chitinous bio-composites via bioconversion of urban refuse’. The paper is co-authored by Naresh Sanandiya, Christoph Ottenheim, Jun Wei Phua, Augusta Caligiani, Stylianos Dritsas, and Javier Fernandez. 3D printing with sustainable materials has long been explored in the eco-3D printing community. In 2018, the same research team 3D printed a 1.2m turbine blade from a previous iteration of FLAM, instead using a mixture of cellulose and chitin from prawn exoskeletons. Elsewhere, Oak Ridge National Laboratory and University of Maine scientists have teamed up to produce nanocellulose reinforced PLA. The end material of the project, which could contain up to 50% nanocellulose fiber, is expected to have a tensile strength similar to that of aluminum, while also being electrically conductive and non-toxic.

Fig. 2: The developed closed production loop based on bioconversion in an urban environment. Image via SUTD. 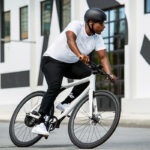 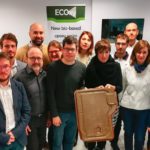 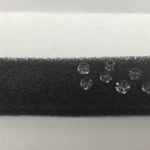 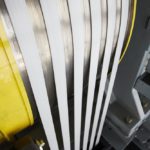 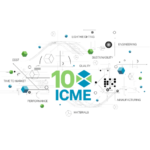