Aerospace company Arca Space has continued the trend for Back to the Future-style hoverboards with a rectangular device that uses 36 fans to float its riders through the air.

Integrated into the ArcaBoard’s chassis, the fans are driven by high-powered electric motors and generate up to 272 horsepower.
“By using 36 smaller electric ducted fans instead of fewer larger ones we ensure that the ArcaBoard keeps operating even in the case of multiple engine failures,” said Dumitri Popescu, who founded the company that has also designed rocket launchers and drones. “Each engine is powered by its own set of batteries independently of the other power units creating a multiple redundant system,” he added.

Arca Space is the latest in a string of companies to release hoverboards around 21 October 2015 – the date travelled to in 1989 sci-fi movie Back to the Future II, in which character Marty McFly uses one to get around.

Lexus has designed a board that relies on magnetic fields and tech startup Arx Pax which worked with pro skateboarder Tony Hawk to create its Hendo hoverboard.

ArcaBoard is constructed from aerospace-grade composite materials to make it both lightweight and sturdy. The board weights 10 kilograms, and includes a cooling system that protects the device from the heat generated by its electric motors.

The ArcaBoard is capable of lifting up to 110 kilograms of weight, and comes in two versions, tailored for either weight-lifting ability or battery endurance.

Riders can enjoy up to six minutes before the board needs recharging – which takes six hours – although the company has also designed an extra dock accessory that allows it to be recharged in 35 minutes.

Owners control the Arca using a smartphone app, which connects to the device via Bluetooth. The hoverboard responds to hand movements, created while the user holds the phone in their hand. The device includes a “built in stabilisation system” that keep the board level while hovering or travelling. The Arca tilts when users make turns, to keep riders safe, although the app includes the option of turning the stabilisation system off.

“All you have to do is balance yourself and the board will provide a smooth stabilised experience,” said Popescu. “With the stabilisation system turned off you will find it as easy as learning to ride on your first bicycle.” “It takes an estimated 20 minutes of flight to become comfortable with the motion of flying in the air,” he added.

The ArcaBoard also includes built-in sensors that prevent the device from rising rapidly if riders jump, and its maximum height is also limited to one foot (30.5 centimetres). The device will be available from April 2016, and carries a price tag of $19,900 (£13,657).

Other recently released products that borrow technology from Back to the Future II include the Nike Air MAG self-lacing shoes worn by McFly, and a similar pair that also warm cold feet and track footsteps by Digitsole. 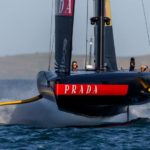 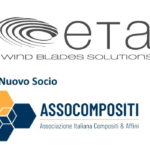 CMC composite ceramic matrix, a material as fascinating as it is effective, is now able to excel in the world of motorsport. This innovative material applied in the production of discs reached success thanks to its lightness, hardness, wear resistance, and low deformation…. 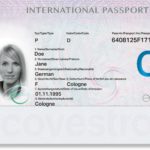 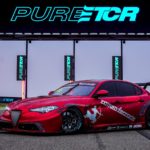 The Italian company collaborated with Romeo Ferraris on the design and production of the new all-electric car: Alfa Romeo Giulia ETCR. Together they achieved performance, aesthetics and aerodynamics in the carbon fiber bodywork to compete in the Pure ETCR 2021….