Technical University of Munich (TUM, Munich, Germany) researchers have been working to develop a process that uses halophilic algae, algae that thrive in high salt concentrations, to remove CO2 from the atmosphere and subsequently to make carbon fibre.

From CO2 to algae oil

Thomas Brück, who heads the project along with a team at the Algae Cultivation Center of the TUM, explains that the process converts atmospheric CO2 into biomass and, in a subsequent stage, algae oil. The algae oil is produced by a nutrient depletion phase where nitrogen is limited in the cultivation medium, triggering the accumulation of lipids.

“We then hydrolyse the algae oil so that we actually split the free fatty acids from the glycerol backbone,” explains Brück. The fatty acids are then used to generate biofuels, chemicals for the lubricant industry or thermoplastics. Then, the remaining glycerol residue is turned into acrylonitrile, which is polymerized to yield polyacrylonitrile (PAN), the precursor for approximately 90% of today’s carbon fibre production.

The pyrolysis process for PAN

While the PAN precursor can be pyrolyzed via standard means, TUM has also developed a pyrolysis process that carbonises the PAN fibres using parabolic solar reflectors — curved solar mirrors — in order to yield carbon fibres in a CO2 neutral manner.

“We do the pyrolysis in focused glass tubes in the centre of those mirrors,” says Brück. “There you can actually generate temperatures up to 3,000ºC, and with that technology, you’re completely emission-free and also cheaper because you’re using sunlight.”

Brück confirms that the carbon fibre created using the algae-based PAN has the same chemical composition as current carbon fibres in use today and the same physical properties as those carbon fibres originated from petroleum resources. 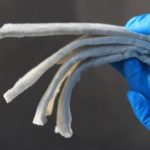 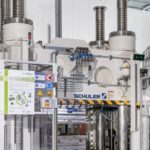 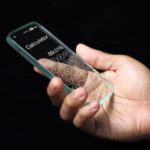 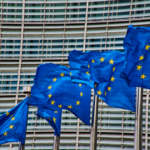