There are 30,000 wind turbines in operation in Germany, many of which are starting to age. In 2019, 2000 rotor blades had to be discarded; in 2024, this figure will shoot up to 15,000. But where to put these up to 90-meter-long, 15-metric-ton behemoths? Researchers from the Fraunhofer Institute for Wood Research, Wilhelm-Klauditz-Institut, WKI have a solution: they used a new recycling technique to recover and process the balsa wood contained in the rotor blades into, for instance, insulation mats for buildings.

Old wind power generators have to be disposed of – whether due to material fatigue or simply because they are being replaced by larger and more efficient systems. A study by the Fraunhofer Institute for Chemical Technology ICT predicts that the 15,000 rotor blades that will have to be discarded in 2024 will be joined by another 72,000 in the subsequent three years. We already have environmentally friendly methods for disposing of the steel and concrete in the wind power generators, but recycling the rotor blades remains problematic.

First of all, rotor blades are not made of steel. “That would be too heavy and inflexible. They are made largely of glass-fiber-reinforced plastic (GFRP) and balsa wood bonded with epoxy or polyester resin,” says Peter Meinlschmidt, project manager at the Fraunhofer Institute for Wood Research, Wilhelm-Klauditz-Institut, WKI in Braunschweig. This bond is extremely strong. Certainly, it has to be: the rotor blades reach top speeds of more than 250 kilometers per hour, subjecting them to an enormous force. For single-origin recycling, however, this is precisely the problem, as it is very difficult to separate the individual components of the composite material. The advantage of balsa wood

A rotor blade contains around 15 cubic meters of balsa wood, which is not only one of the world’s lightest woods, but also extremely resistant to pressure. “That’s the key advantage of balsa over most plastic foams,” explains Meinlschmidt. Previously, there was no possibility to recover it when disposing of the old rotor blades. “Although it has hardly any energy content, it is burned as a composite material, usually in cement factories. The cement raw materials have to be heated up to about 1500 degrees Celsius before they coalesce and form cement clinker, so these factories require a great deal of energy. In addition, the melted glass fibers and the ash can later be added to the cement and replace portions of the quartz sand that would otherwise have to be input into the process.” But the number of cement plants in Germany is limited (there are 53 in total), and so is their need for rotor blades as combustion material.

But there is still hope for getting the impending flood of rotor blades under control: Meinlschmidt and his team – Fraunhofer ICT colleagues and industry partners – have developed a new recycling technology. To recover and recycle the balsa from the rotor blades, the detached blades are disassembled on the spot. “The conventional approach is to use a band saw to cut the rotor blades into thirds or quarters, but this is a relatively complex process. That’s why we came up with the idea to try it with a water jet lance instead. And what do you know: it was much faster and better,” says an enthusiastic Meinlschmidt. The lance can be mounted on a special vehicle and controlled from there. “The tremendous thrust would make it extremely difficult to guide the lance by hand.” Then, while still on site, the 10- to 20-meter-long rotor blade segments are fed into a mobile shredder that breaks them into pieces about the size of the palm of a hand.

Finally, the research team uses an impact mill to separate these pieces into their individual components. To this end, they are set in rotation and hurled against metal at high speed. As Meinlschmidt explains, “The composite material then breaks apart because the wood is viscoplastic, while glass fibers and resin are very hard.”

At Fraunhofer WKI, the balsa pieces are processed to make, for instance, ultra-light-weight wood-fiber insulation mats. “Currently around 10 percent of building insulation materials are made from renewable resources – there’s room for improvement here.” With a density of less than 20 kilograms per cubic meter, these mats are so far unique on the market and provide similarly good insulation to common polystyrene-based materials.

Furthermore, the recycled balsa can also be used to produce a novel, elastic wood foam. For this, it is ground to a very fine powder and combined with a foaming agent. The foam’s stability is created by the wood’s own cohesive forces, which render synthetic adhesives superfluous. The foam is suitable for use as an environmentally friendly insulating material, but also as a packaging material that can simply be disposed of in the paper recycling container.

Featured image: Around 20% of electricity in Germany was generated by wind turbines in 2018. © Hans-Peter Merten/MATOfoto 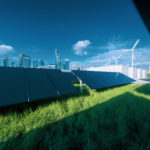 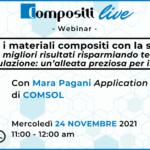 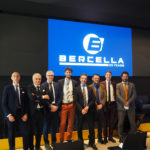 The two companies will combine the expertise on composite materials and 3D printing for critical applications in contexts such as the energy transition, the development of the circular economy in the world of composites, and decarbonization at large…. 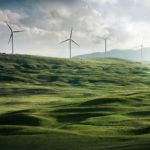 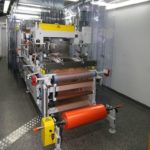 Successful development of a lightweight thermoset based on renewable and regional raw materials. This article – published in the March issue of Compositi Magazine – talks about plastics for a green future. …