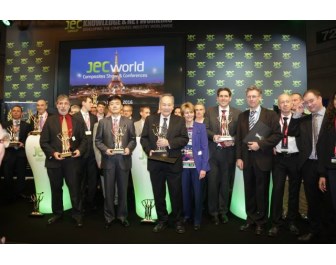 With exhibitors & visitors up by +13%, JEC Europe 2015 held in Paris, 10-12 March, stood once again as the number one Composites Show in the World, gathering the whole composites value chain from around the globe. It cements the major role played by the JEC Group in the sector’s economy. Announcements benefiting the Composites Industry “JEC Europe Show & Conference in Paris is a global reunification of the best advancements and innovations we can find today in the world. With not less than 10 different parallel programs, the 2015 session attracted an impressive number of exhibitors and visitors: 36,222 versus 31,919 in 2014 (+13%)” explains Mrs. Frédérique Mutel, JEC Group President and CEO.

“The logical consequence of this success is the change of name and location of our event. Recognizing the global nature of the Paris event, JEC Europe changes its name and becomes JEC World starting with the next session to be held in March, 8-10, 2016. Moreover, with the number of manufacturers and visitors constantly increasing, the largest global meeting for composites has to adapt its size and location and will move to the biggest venue in France: the Paris Nord Villepinte fairgrounds with a substantial growth, reaching 62,000sqm of exhibit space next year. The new venue will, with no doubts, improve the attendees and exhibitors‘ experience with JEC World, as the modern and functional site is close to infrastructures like the Roissy Charles de Gaulle airport and the Roissy TGV high-speed train station, giving our international visitors easy access to it, for better networking and shared knowledge.” adds Mrs. Frédérique Mutel.

Additionally, JEC Group reaffirmed its will to develop its activities in America with the 4th JEC Americas in Houston in June and in Asia with the 8th session of JEC Asia in Singapore in 2015. New partnerships have also recently been engaged allowing JEC Group to address new promising markets such as Latin America with Compocity in São Paulo in November 4-6, 2015 (in partnership with ALMACO) or South Africa in 2016.

Celebration of Composites Innovation 18 composites champions received a trophy at the 2015 JEC Innovation Awards session, rewarding their technological breakthrough for the industry. The first ever JEC Life Achievement Award – Paris has been handed out to Professor Stephen Tsai for his life-long career dedicated to the research, promotion and improvement of the composites industry.

The Automotive Composites Circle gathered Top Leaders of this Industry to develop synergies and favour networking. The circle was highlighted with insightful speeches from PSA, Toyota, Siemens and the Institute for Advanced Composites Manufacturing Innovation. 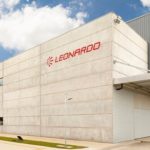 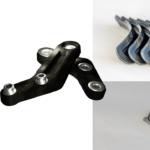 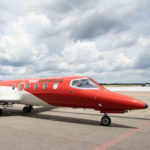 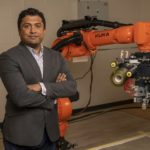 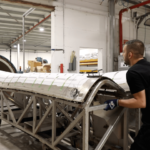