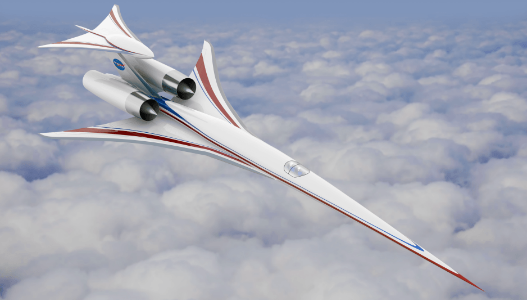 Part of their New Aviation Horizons initiative, the project aims to reduce the notorious shock-wave known as a ‘sonic boom’ created by supersonic aircraft in order to evade the restrictions placed on supersonic flights over land. With the development of Quiet Supersonic Technology (QueSST), Nasa plans to reduce the impact of overland supersonic flights, and open the door to commercial flights.
New technologies and departure from standard aircraft design may allow the sonic boom to be reduced to a ‘heat-beat’ sound roughly as loud a car door slamming.
After conducting in-house feasibility studies, Nasa have awarded a $20 million contract to Lockheed Martin to develop the QueSST concept. Lockheed Martin will produce a preliminary aircraft design, which will be instrumental in the construction and testing of the QueSST aircraft.
QueSST is one of several prototypes currently under development with the goal of making supersonic flight faster, cleaner, and more efficient than conventional jet aircraft – although doubts have been raised as to whether these claims are feasible. Concorde, the best-known commercial supersonic airliner, was famously inefficient, and critics have pointed out the lack of development in supersonic airline since its introduction back in 1969. However, with modern design techniques, composite materials, and pioneering aerodynamics, Nasa hopes to overcome the limitations of earlier supersonic jets.
The economics of supersonic air travel have also been called into question: very few customers could fit inside Concorde, and the limited seats were too expensive to be a feasible choice for the average member of the flying public. While technologies can advance rapidly, market forces are less susceptible to change. That said, Nasa engineers are confident that fuel-saving technologies such as advanced engines and lighter airframes will reduce operating costs and by extension reduce the overall cost to the traveller.
If the economic complications and technological hurdles of supersonic travel can be overcome, a new generation of supersonic airliners could revolutionise air travel. It remains to be seen if the problems faced by Concorde can be solved by recent innovations such as QueSST, and if the market forces that grounded earlier supersonic flights will prove to be a limit on large-scale economic flight.
However, with the aforementioned modern design techniques, composite materials, and pioneering aerodynamics, Nasa is confident that it will lead the way in the next supersonic race. 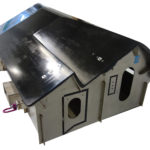 A new direct mould tooling technology for aerospace announced by Decision SA, part of the leading European composites consortium, Carboman Group, and a specialist in the development, prototyping and production of large composite structures. This solution provides OEMs and manufactures with short lead times – as short as six to eight weeks. Direct moulds are highly stable for series production both in and outside of the autoclave at temperatures of up to 180˚C…. 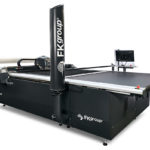 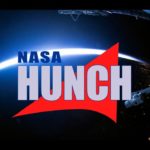 Solvay and Leonardo together for the research on composites 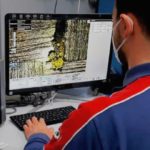 Solvay and technology company Leonardo announced the launch of a joint research lab dedicated to the development of novel composite materials and production processes critical for the future of the aerospace industry. This partnership represents an important milestone in the development of new advanced materials and manufacturing processes for the aerospace industry…. 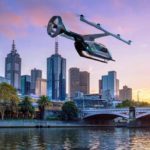