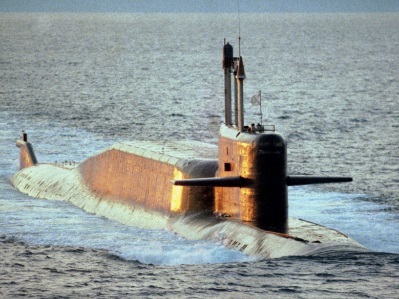 “These are new multi-layer composite materials. . . . Their structure and composition reduce the sonar signals that are reflected from a submarine, isolate working mechanisms from vibrations, and so on,” said Valeriy Polovinkin, an adviser to the general director of the Krylov State Research Center, in an interview with the Russian-language daily Izvestia. “The opponent just will not get the required level of signal reflected from the submarine as the composite material has a high internal loss factor, or sound absorption properties can change when vibration occurs, completely preventing the spread of vibrational energy.”
The Russians hope to use composite materials for everything from the hull coating to the dive planes, rudders, stabilizers, propellers, drive shafts and possibly even the hulls themselves. If the technology works, composite materials would greatly reduce the weight of various structures, increase the boat’s reliability and reduce operating costs. That’s because composites don’t corrode and thus wouldn’t need to be painted, Polovinkin said—reducing maintenance costs. Moreover, composite structures should simplify manufacturing by reducing part counts.
The new composite materials are still in testing, but Russia will test its first composite propeller design in 2018. “This is one of our institute’s most promising projects,” Polovinkin said. “This trend reduces vibration in the blades and increases the efficiency of the screw. These various effects will help improve the ship’s acoustic signature.”
Russia will incorporate composite materials its next-generation follow-on to the Project 855M Yasen-class and Project 955A Borei-class submarines in the 2020s. There are currently two submarines projects underway—which are being developed by the Malakhit Design Bureau—that will be based on a common hull design. The primary difference will be in the two vessels’ weapon systems—the “interceptor” variant will not feature tubes to carry long-range anti-ship or cruise missiles. That version of submarine is expected to replace Project 971 Shchuka-B (NATO: Akula), the Project 945 Sierra and the remaining Project 671RTM Shchuka-class (NATO: Victor III) boats. The SSGN variant will replace the Project 949A Oscar II-class.
The Russians are using the Project 855M Yasen-class as a starting point, but the new submarines will be smaller and cheaper than their Soviet-designed predecessors. Indeed, there are indications that Moscow will be extensively leveraging automation technologies developed for the Project 705 Lira-class attack submarine—better known in the West as the Alfa-class—for the new boats.
Russian analysts estimate that the next-generation submarines will displace no more than about 6,000-tons. Which means that another Soviet innovation might make a comeback—liquid metal cooled reactors. The Lira and several other Soviet designs used lead-bismuth cooled reactors, which produce much more power and are much more compact than pressurized water reactors. However, the disadvantage is that liquid-metal cooled reactors cannot be shut down and require specialized port facilities. 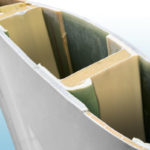 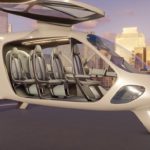 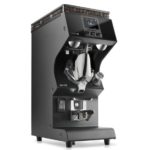 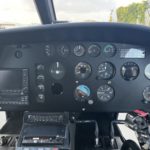 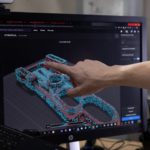